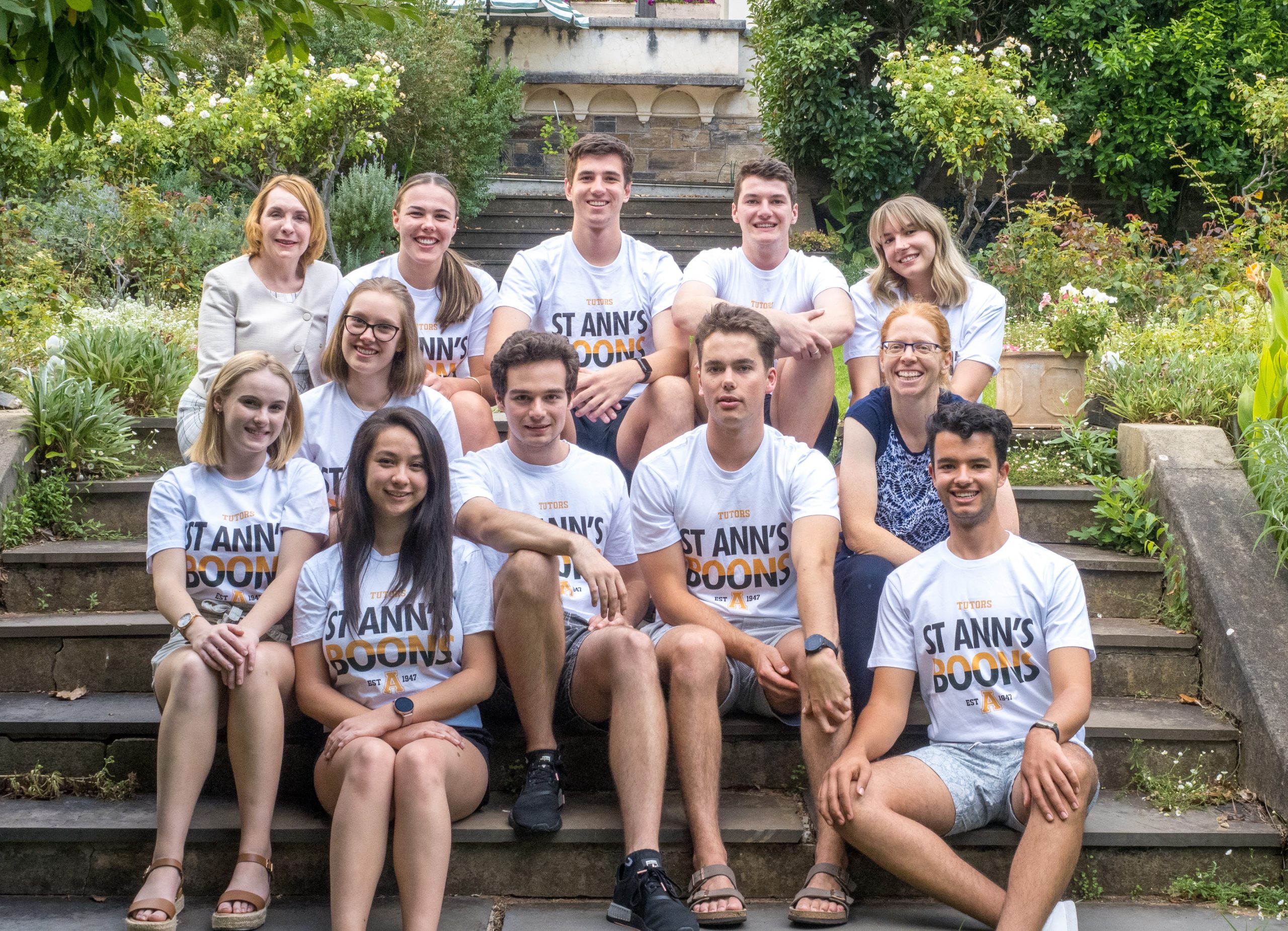 “It was my great pleasure to take up the post of Principal of St Ann’s College in July 2019.

“St Ann’s students are taking us deeper into the 21st century — a time when the world is changing at an unprecedented pace and young people are getting ready to do jobs we haven’t yet dreamt of.

“It’s a privilege to be part of that, to be working alongside students who are thriving academically, striving personally and getting ready to show the world what they can do.

“The environment at St Ann’s has been created to support the key skill development of critical thinking, creativity, collaboration and communication. Our students benefit from living in a real community – and many say they wouldn’t be doing so well academically without the support and facilities making it easier to study and live.

“My main goal for the next five years is to increase the number of students at St Ann’s, to achieve even higher academic outcomes than the 95% pass rate we already enjoy and most importantly to ensure every student reaches his or her full potential.

“I hope you’ll be along for that journey!”

Denise von Wald took up the position of Principal of St Ann’s College in July 2019. 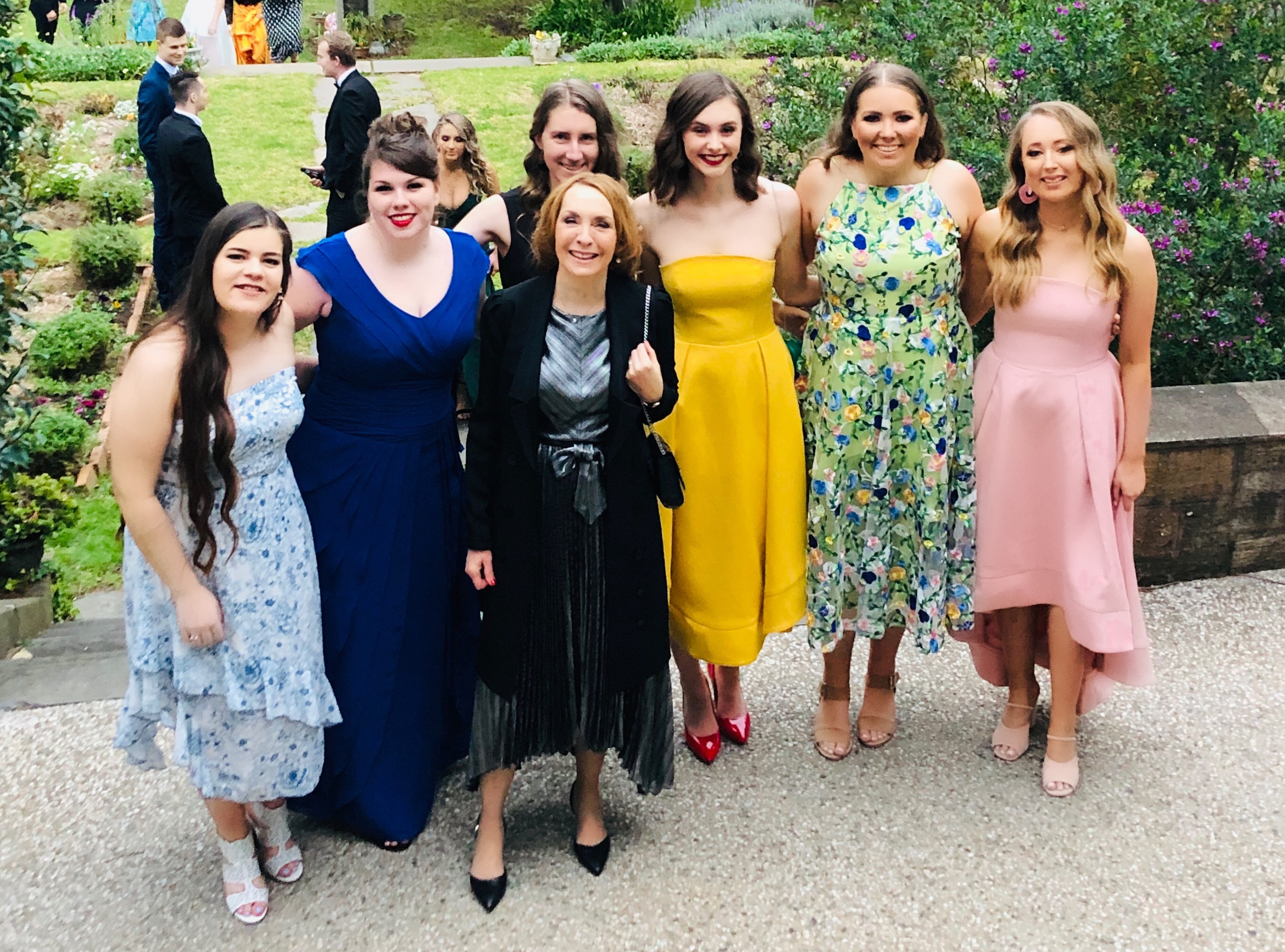 A native of Portland Oregon, a resident of South Australia for 20 years, and a senior marketing manager with global experience, she’s delighted to be working with the distinguished College Council and alongside the students of St Ann’s College.

Denise brings 30 years’ experience as a CEO, General Manager and Board Director, with highly developed skills in international education and tourism.

From 2013-2018, she was Tourism Australia’s Regional General Manager for the UK and Northern Europe, based in London, and with her partners delivered record numbers of visitors to Australia.

From 2005-2013 Denise was the CEO of Education Adelaide/Study AdeIaide, the key marketing organisation promoting South Australia as a premier international education destination.

From 1998-2005 she was General Manager of Marketing with the South Australian Tourism Commission.

She also served for nine years as a program director, producer and journalist with the ABC.

In 2000, Denise was chosen for the inaugural South Australian Governor’s Leadership Foundation programme. In 2007 she was awarded an Australian Davos Connection, Future Summit Leadership Award. In 2010 she won an IEAA Excellence Award for Study Adelaide Student and Community Support Program in the Best Innovation and Practice category.

St Ann’s College Council along with the Executive and Finance Committee is the governing body of the college. It comprises a Chair, 13 Governors and 2 Ex Officios.

The Council meets five times a year with the Executive and Finance Committee meeting eleven times a year to set the strategic direction, identify and manage risk; manage the performance expectations of the College and monitor the achievement against these.

Click here for more details about our Council Members

Click here for more details about our Executive and Finance Committee

“St Ann’s College is a leading residential college and as Chair of Council my fundamental vision is that we continue to provide a safe, collegiate environment that allows students to achieve their full academic potential. 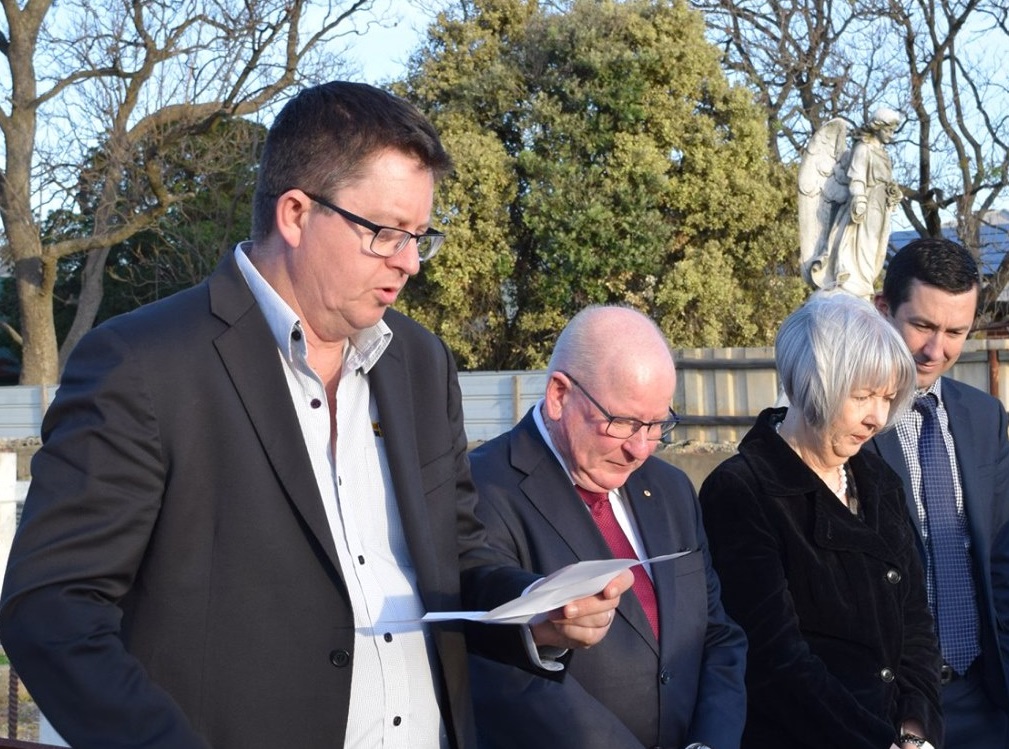 “In the current environment of rapid change this is not meant to be a statement of status quo. Different students have different needs to achieve their best, so we strive to be continually aware of areas in which we can provide.

“We will continue to make strategic investments, with the help of our Foundation and generous benefactors. We will continue to improve technology, infrastructure and other services. We will also maximise the potential support available using outside networks from the universities and Old Collegians (a very significant network of people).

“I am very proud of our history and the positive culture that is instilled in St Ann’s through the leadership of the Council, Principal, staff, Tutors and students.  The St Ann’s College experience extends past pure academics – we are helping to produce tomorrow’s leaders.

“By working together we can provide the best pathway for this to happen for a long time to come.”

THE HISTORY OF ST ANN’S COLLEGE

St Ann’s College Foundation was launched in 1987 to support St Ann’s College in providing students from regional and rural Australia and overseas with high-quality accommodation, services and facilities in an inspiring academic environment.

The College is solely funded by student fees and donations from benefactors. These finances are managed by The Foundation.

The Foundation supports a number of partial bursaries to enable students to stay at St Ann’s College while studying at University.

It is also able to allocate funds for maintenance and development at the College, like The Dame Roma Mitchell Building and, more recently, the Enterprise Deck.

Founders' Day is one of the most important days in the St Ann’s College calendar. Click on the image to watch the video.

As the College receives no funding from any government, religious or educational body, it depends entirely on student fees and generous benefactors who believe in its work and the future benefit to society of well-educated young people.

There are several ways to financially support St Ann’s College and its students.

The simplest way is by giving a donation. Donations can be made by sending a cheque to our office at 187 Brougham Place North Adelaide, using a credit card over the phone on 08 8267 1478 or by transferring money by direct credit. Our National Australia Bank account details are:

All donations over $2 are fully tax deductible. A receipt and letter of thanks will be forwarded to you. Should you use the direct credit method please email St Ann’s on info@stannscollege.edu.au your personal details to ensure we can forward a receipt promptly.

Click the button below to make a donation with credit card now. The St Ann's College Foundation thanks you for your support.

A wonderful way to assist students while also promoting your organisation or commemorating someone dear to you is by setting up a scholarship or prize. These awards are used either to rebate part of a student’s fees or as a financial benefit to be used for their education or needs.

Many of our past scholarships are endowed to perpetuate the name of a loved one or to honour their achievements.

Awards can be perpetual or for a limited time, and can be directed towards students in particular fields of study or circumstances.

Examples can be found here.

While students are always our first priority, we are mindful of the changing world that they live in. We are continually working to upgrade the buildings and facilities of St Ann’s.

For these costly projects we need funding. Substantial donations towards specific projects are recognised through plaques and memorials.

You can nominate which program you want your funds to be diverted to, or allow us to use them for the most pressing need. We respect your wishes.

There comes a time to consider leaving a charitable gift in your will. Philanthropy can ensure a permanent memorial for generous deeds.

St Ann’s College has been very grateful for the Bequest and In Memoriam donations it has received in the interests of students from remote Australia. Many of these have been instrumental in the formation and development of the College – for example, our foundation building was donated by Mr Sidney Wilcox upon his death and the College is named in honour of his mother. Sir Josiah Symon and his family were equally generous in their support, both during their lives and upon their passing.

Donations don’t need to be large to have an impact. Smaller donations have been used to improve students’ environment in countless ways. All donations are gratefully received and very important to the College.

If you would like to find out more about how to leave a bequest or in memoriam donation to St Ann’s College, please contact us.

From time to time we receive a donation, or series of donations, so generous that we want to thank them by appointing them as our Governors. They are invited to attend an annual meeting to hear of the progress of our students and projects. They are welcome at all our functions and events.

On 27 May 2009 the Council of St Ann’s College decided to appoint Fellows of the College in recognition of significant service to the College.

Pictured below (left to right) are Di Davidson AM, Jim Howard AM RFD, Gary Lines and Kae Martin 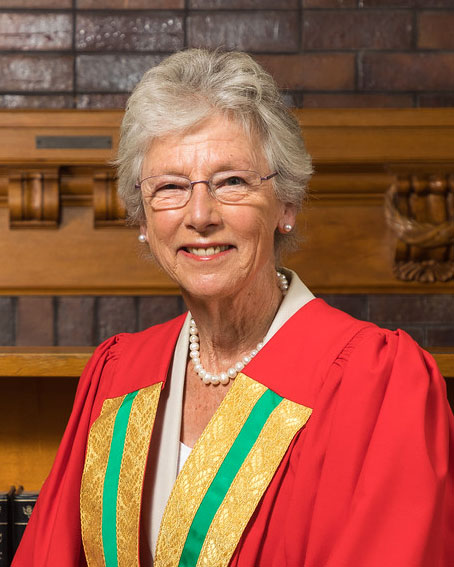 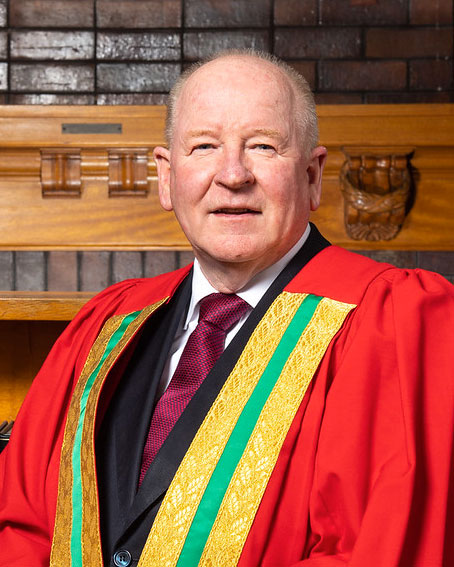 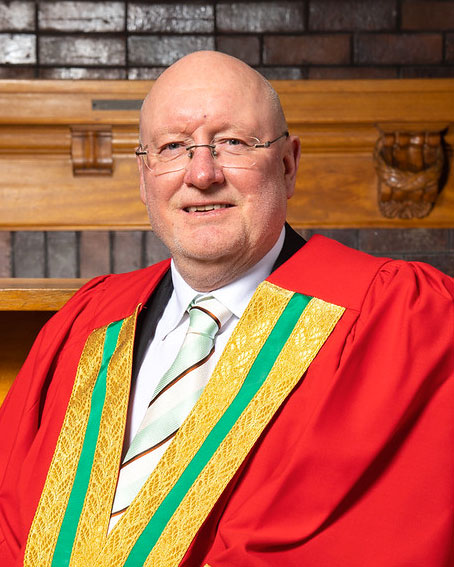 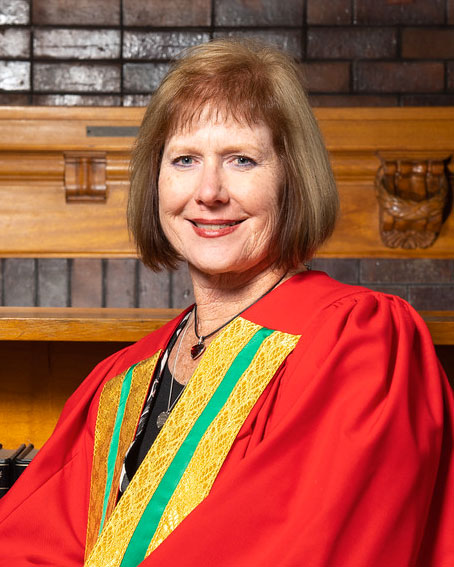 The Collegians were founded in June 1951 at the suggestion of Judith Aitken. The group was known as the Old Collegians until 1955, when it was re-named the St Ann’s Collegians Association. The Association was incorporated on 25 July 1978 and is a non-profit organisation.

The Association is run by the Collegians committee.

Past and present students become members of the Collegians.

There is a mandatory membership fee of $100 to ensure that students automatically become a Collegian member. This fee was introduced in 1993.

As a committee the Collegians have two main aims:

The committee consists of past students elected each year at the Annual General Meeting. Since 2008 a current student has been appointed to the committee by the student body. The College Principal is also part of the committee in an ex-officio position.

The main events that the Collegians organise are:

The committee consists of a President, Vice-President, Secretary, Treasurer, and General Members who are elected annually at the Annual General Meeting.

The Committee meets once a month to coordinate our dealings and ensure that all finances are in order as the Collegians have considerable investments in shares. The Collegians also have representatives on the Library and Education Committee, House Committee and on the St Ann’s College Council.